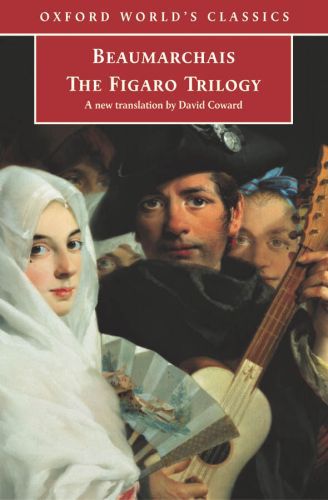 The Figaro Trilogy: The Barber of Seville, The Marriage of Figaro, The

Eighteenth-century France produced only one truly international theatre star, Beaumarchais, and only one name, Figaro, to put with Don Quixote or D'Artagnan in the ranks of popular myth. But who was Figaro? Not the impertinent valet of the operas of Mozart or Rossini, but both the spirit of resistance to oppression and a bourgeois individualist like his creator.

The three plays in which he plots and schemes chronicle the slide of the ancien r--eacute--;gime into revolution but also chart the growth of Beaumarchais' humanitarianism. They are also exuberant theatrical entertainments, masterpieces of skill, invention, and social satire which helped shape the direction of French theatre for a hundred years. This lively new translation catches all the zest and energy of the most famous valet in French literature.Beaumarchais[title should link to the
catalogue entry][insert cover image 2804138] -