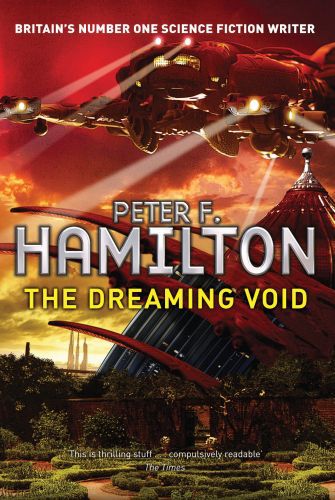 The Dreaming Void is the first novel in Peter F. Hamilton's epic Void Trilogy, set in the world of the Commonwealth Saga.The Void: a sealed universe, billions of years old. Alive, its expansion is barely contained. Now it wants to make contact. Inigo channels mysterious dreams of an unlikely hero, a simpler life and a hope for a brighter future - on a world that's not his own. His disaffected followers are determined to seek this utopia and cross the forbidden boundary of the Void to reach it. Unaware that such an act could trigger its growth beyond all control . . . destroying everything in its path.