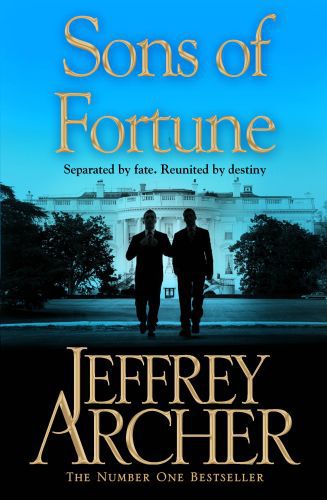 United in their rivalry, Sons of Fortune is the classic tale of two brothers engaged in a power struggle from international bestselling author, Jeffrey Archer.In the late 1940s in Hartford, Connecticut a set of twins is parted at birth. Nat Cartwright goes home with his parents, a schoolteacher and an insurance salesman. But his twin brother is to begin his days as Fletcher Andrew Davenport, the only son of a multi-millionaire and his society wife. During the years that follow, the two brothers grow up unaware of each other's existence. Nat leaves college at the University of Connecticut to serve in Vietnam. He returns a war hero, he finishes school and becomes a successful banker. Fletcher, meanwhile, has graduated from Yale University and distinguishes himself as a criminal defence lawyer before he is elected to the Senate. Even when Nat and Fletcher fall in love with the same girl they still don't meet. They continue on their separate paths until one has to defend the other for a murder he did not commit. But the final confrontation comes when Nat and Fletcher are selected to stand against each other for governor of the state. 'There's a touch of the magician about Jeffrey Archer' Mail on Sunday