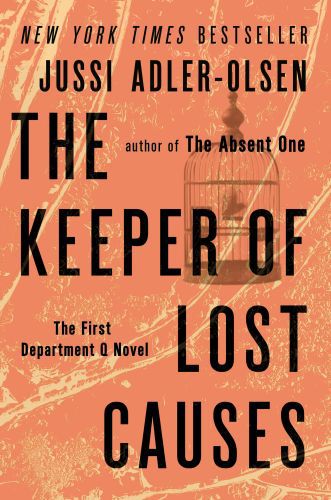 The Keeper of Lost Causes

The first book in New York Times bestsellerJussi Adler-Olsen's electrifying Department Q series.
The #1 international bestseller from Jussi Adler-Olsen, author of The Absent One-'perfect for fans of Stieg Larsson's The Girl with the Dragon Tattoo
Carl Morck used to be one of Copenhagen's best homicide detectives. Then a hail of bullets destroyed the lives of two fellow cops, and Carl-'who didn't draw his weapon-'blames himself. So a promotion is the last thing he expects. But Department Q is a department of one, and Carl's got only a stack of Copenhagen's coldest cases for company. His colleagues snicker, but Carl may have the last laugh, because one file keeps nagging at him: a liberal politician vanished five years earlier and is presumed dead. But she isn't dead ... yet.
Darkly humorous, propulsive, and atmospheric, The Keeper of Lost Causes introduces American readers to the mega-bestselling series fast becoming an international sensation.