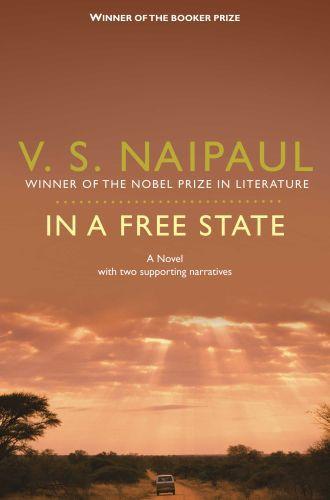 In a Free State

The theme is displacement, the yearning for the good place in someone elses land, the attendant heartache. In A Free State tells first of an Indian servant in Washington, then of an Asian West Indian in London who is in jail for murder. Then the story moves to Africa, to a fictional country something like Uganda or Rwanda. Its two main characters are English. They once found Africa liberating, but now it has gone sour on them. At a time of tribal conflict they have to make the long drive to the safety of their compound. In the background, the threat of violence looms. The voices in this novel are breathtakingly vivid, while the characters are portrayed with an intelligence and sensitivity that is rarely seen in contemporary writing. Dennis Potter, in The Times, described the book as one of such lucid complexity and such genuine insight, so deft and deep, that it somehow manages to agitate, charm, amuse and excuse the reader all at the same pitch of experience. This is one of V. S. Naipauls greatest novels, hard but full of pity.