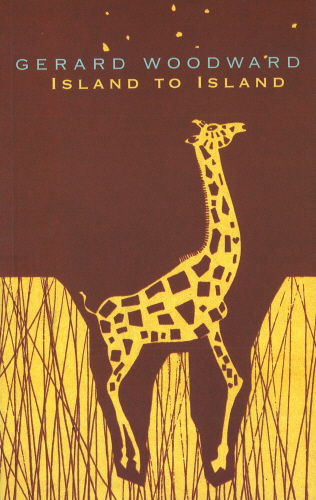 In Island to Island, his third collection of poetry for Chatto, Gerard Woodward ventures into more hostile, less familiar territory. An Arabian desert, the moon, thinly-populated archipelagos are all visited in what emerges as an investigation into the nature of social space. A giraffe trapper finds that a successful trap must closely resemble a giraffe's own home; the 'suburban glass' of starter-home conservatories glazes and crysallises the lives of newly-weds. With his characteristic exuberance and ability to stand the world on its head, Woodward combines tichly imagined poems about half-invented lands with poetry that transforms the ordinary into the fantastical, where baths become oceans and ceilings lunar landscapes. Nor is the body exempt from this exploration of borders and limits. In one poem, two 'gurning' contestants find that they've overstepped some boundary of humanness and in 'The Madness of Heracles', a long retelling of the myth of the twelve labours, human strength is put to the test in a poem which evolves into a rhapsody of love, loss, toil and redemption.